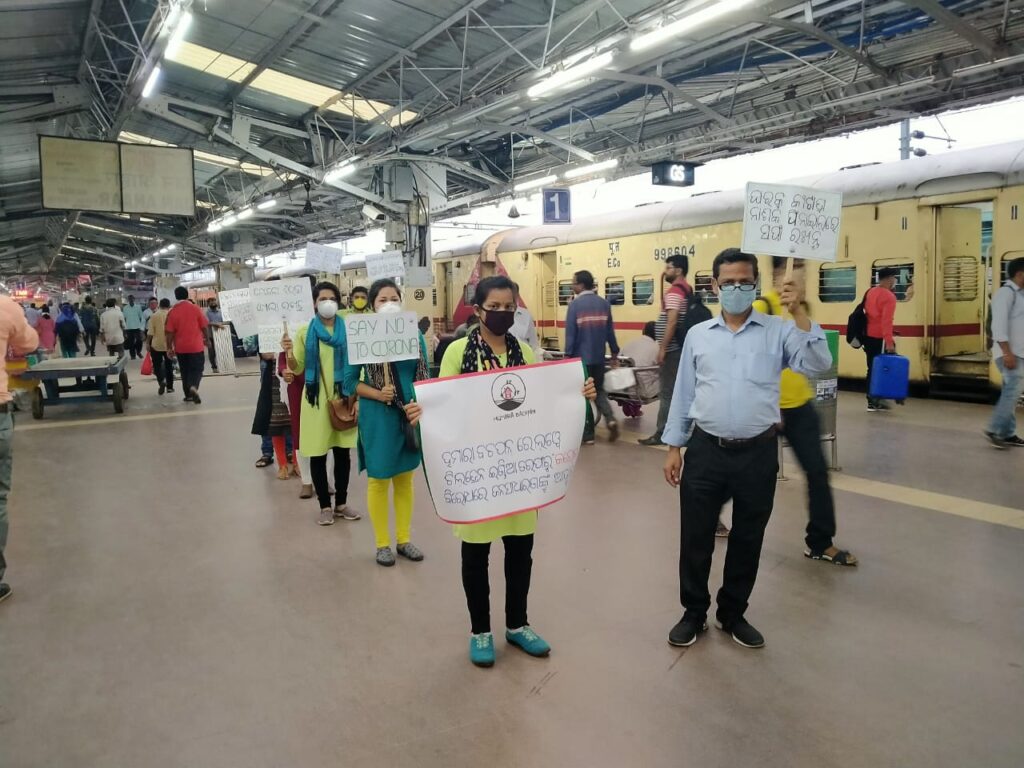 We have started with virtual/online discussions about Financial literacy and WASH for rural and urban women to prepare them for a new world post COVID. This will prepare/help women living in communities better post COVID lockdown scenario. The session starts with financial planning and borrowing & ends with messages on maintaining cleanliness, hand washing.

We organized pshychosocial support program and open house discussion program at CHD regarding prevention measure on covid-19 pandemic situation among 21 children of communities. An introduction session with “dos and don’ts” was conducted and after that participants shared activities done by them in their home and communities.

50 Peer Leaders of HBT received cycles from Bhubaneswar Smart city Limited as a reward for their work for COVID. This will help the Peer leaders in their commute and encourage them to use a pollution-free mode of transport.

Thousands of poor and vulnerable population are facing the most difficult times during this 21-days nationwide lockdown. FICCI FLO reached out to the government to provide support and cater to the food needs of the most vulnerable population-elderly, persons with disability, single women headed households, migrant workers and daily wage earners.

State Government and city administration has adopted a great deal of measures to protect the poorest and most vulnerable people from hunger. However the requirement is huge and government cannot alone reach every one. During these trying times, FICCI FLO ( India’s only Women Chamber of Commerce) Bhubaneswar Chapter’s members crowdfunded to provide 6000 hot cooked meals and dry ration to the most vulnerable people as identified by Bhubaneswar Municipal Corporation and Humara Bachpan Trust which is the implementing partner of Bhubaneswar Smart City Ltd.

FICCI FLO Bhubaneswar and its partner HBT is reaching out to acutely vulnerable elderly, persons with disabilities, destitute, single women, construction workers and daily wage earners living in the slums of Bhubaneswar.